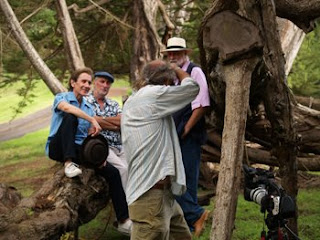 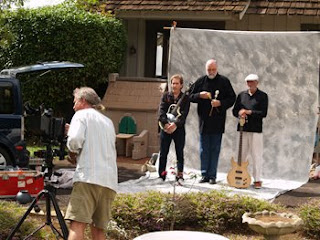 A couple of interesting shots of Mick Fleetwood, Rick Vito and John McVie.

According to this blogger and profession photographer Tony Novak-Clifford "chase the light" these are shots for the tour poster for The Mick Fleetwood Blues Band.

These photos are from April, 2008 and were taken by tour manager William Pie in Hawaii.
Nickslive at Friday, February 05, 2010
Share