SOMETHING'S COOKING IN THE NICKS CAMP 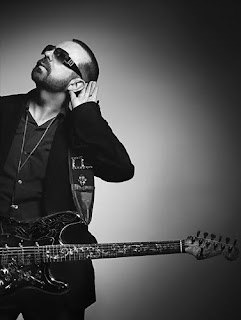 A couple of intersting tweets from Producer Dave Stewart (Eurythmics):

and when asked if this means Stevie's making a new album?.... He responded with:

"she's on top form and I see that possibility"


What this all means is anyones guess.  And where this all falls within Stevie's album making process, if that's in fact what she's doing is really up in the air - maybe she's writing music with Dave Stewart for another artist to sing?... Maybe it's just the beginning of putting an album together for herself and we have a few more years to wait for it to be complete... And you never know, maybe she's been working on this already for a few years and it's the middle of the process...it could also be the final leg of making an album.  Man, you could speculate all day about this!  In any case, it's great to hear she's still interested in making new music whether it's writing for herself, others, or producing music for Michelle Branch, which Michelle Branch tweeted about earlier in the month (link)...  Personally, I hope Stevie's working on music for herself... It's been far too long since her last studio album Trouble in Shangri-La came out (2001).
And it's not Dave's first encounter with Stevie as he explains in this interview from Rockline from a couple of years ago when talking about the inspiration behind writing Tom Petty's song "Don't Come Around Here No More" back in the early 80's.
Interview Download
Nickslive at Sunday, February 28, 2010
Share