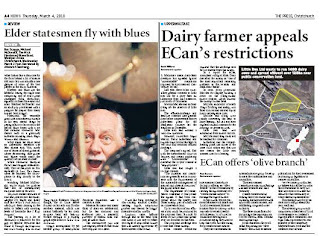 
What looked like a showcase for the faces behind a lot of mature FM radio hits was actually a rare glimpse of some of the best players in the music business.
Rhythm and blues was the lifeblood linking this triple treat comprising one of rock's great drummers (Mick Fleetwood), arguably its finest blue-eyed soul artist (Michael McDonald) and an adult pop practitioner with a pedigree far deeper than many suspect (Boz Scaggs).
Fleetwood, the venerable giant with a mischievous twinkle in his eyes, started things by paying tribute to his roots in the British blues boom with a set that included Fleetwood Mac classics such as a gloriously authentic-sounding Black Magic Woman and Albatross. 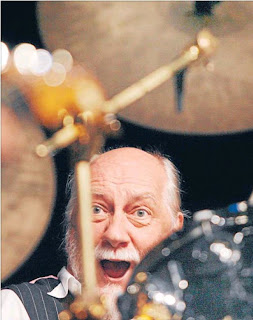 What made his Blues Band an unheralded sensation was Mac alumni Rick Vito, surely one of America's finest guitarists, whose shimmering slide guitar and bluesy vocals made the quartet's set an event in itself.
While Fleetwood thumped the kit and mugged enthusiastically, Vito set the place on fire, especially in Love That Burns, when he bypassed the microphone to sing directly to the crowd.
Watching Michael McDonald, you're struck by qualities that lots of contemporary musicians leave at the door.
He pours endless amounts of soul and passion into his music, whether it's bright and funky stuff like What a Fool Believes, which got them dancing in the aisles, or ballads with worrying levels of heartache like I Keep Forgettin'.
The yearning in a lot of Motown is a natural fit for this guy, so familiar favourites like Heard It Through the Grapevine and Ain't Nothing Like the Real Thing regain freshness. Happily though, the St Louis native focused on his solo and Doobie Brothers material, which was carried brilliantly by his crack six-piece band and back-up vocalist through to a rousing gospel-style finale in Takin' It to the Streets.
Scaggs, accompanied by yet another group of hand-picked American musicians, was a contrast in style.
Mention his name and many think of disco-era celebrations, but he has matured and mellowed into a masterful purveyor of mellow funk and jazz, as well as blues.
The introductory Jojo was just elegant perfection that could have stopped on a dime.
It was like being escorted in slow-cruising musical Cadillac carrying supple, sumptuous grooves and steered by Scaggs' distinctive mellow warble.
Lowdown came halfway through and as the band took solo turns, it was easy to reflect on a night of deep-seated luxury that was warmly appreciated by the moderate-sized crowd.
Nickslive at Wednesday, March 03, 2010
Share