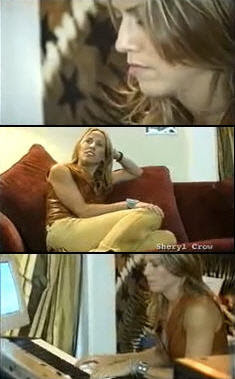 A couple of never before seen outtake scenes from the "Destiny Rules" DVD have been posted to the official Facebook Fan Page. Sheryl Crow made an appearance at the house where they recorded the album to lay down her keyboard tracks, which I didn't know... Here she's shown playing keyboards on the song "Say You Will".
The other new video posted is the original final credits scene that ultimately was changed. Some nice live footage at the end was left out of the final cut.
View the videos and become a fan of
Fleetwood Mac: Destiny Rules on Facebook
Nickslive at Thursday, April 22, 2010
Share