IS ATLANTIC CITY IN THE CARDS FOR AUGUST? 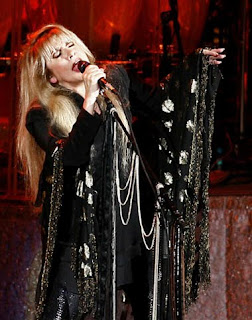 
Earlier today a website by the name "CheapAtlanticCity" which looks essentially like a discount hotel room broker that also brokers tickets for concerts and entertainment shows in Atlantic City posted that they have or will have concert tickets for sale for a Stevie Nicks show August 27th. at Trump Taj-Mahal.
If you caught my tweet earlier in the evening I asked if this was bogus or not.. It seems a bit odd and random, but could be the first sign of some east coast shows coming late summer for Stevie. It's still not confirmed as far as ticket availability or sale dates - so until it is take this for what it is - a cautionary post, and let's see if some other shows appear elsewhere in the east to back-up this info. I can't really see Stevie getting it together just for one show across the country from where she's based - but stranger things have happened.
Nickslive at Friday, April 16, 2010
Share