LINDSEY BUCKINGHAM "BY INVITATION ONLY" LIVE IN NASHVILLE 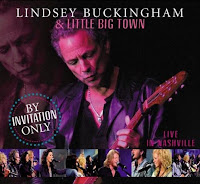 Okay, This strikes me as a bit odd!  But I'll go along with it for now.  I saw this pop up on Amazon awhile ago without the cover art and just passed it off as either an error, or a bootleg of some sort (and maybe it still is), especially after a dvd was released of Stevie at the US Festival... and the Mirage Australian dvd... both of which couldn't have been band sanctioned... But anyway, here's the details on it: 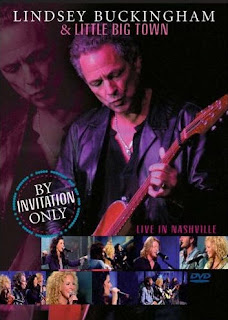 
[Edit June 21, 2010] Please note that this, as I suspected, is basically a bootleg being sold on Amazon... The quality, visually and audibly is substandard at best.... If you were lucky enough to record this when it was on TV, that would be far superior to what is being offered here... Buyer beware!
Nickslive at Wednesday, May 19, 2010
Share