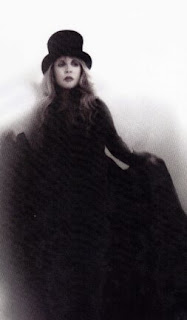 Stevie Nicks, the legendary American singer-songwriter, best known for her work with Fleetwood Mac and an extensive solo career, which collectively have produced more than 40 Top 50 hits and has sold nearly 120 million albums, is set to hit the stage for the first time ever at Harveys Outdoor Arena in Lake Tahoe on Aug. 6 at 8pm.
Tickets for the Stateline show go on sale May 22 at 10am.
The voice and songwriting talent of Nicks, as a solo artist and as a member of Fleetwood Mac, is truly the stuff of legend. Indisputably, one of the most successful female artists in rock history, she is noteworthy for an extraordinary career that includes multiple Grammy awards, numerous Gold and Platinum awards and induction into the Rock and Roll Hall of Fame.
After joining Fleetwood Mac in 1975, Nicks and her band released an eponymous collection of recordings that went straight to No. 1. The follow-up album, Rumours (1977), became a record-setting hit. It spent more than 31 weeks at No. 1 on the Billboard 200; and earned the group a Grammy Award for Album of the Year in 1978. Nicks’ song “Dreams,” inspired by the group’s dissolving relationships, was the band’s first No. 1 single.
In between releasing albums with Fleetwood Mac, Nicks recorded her first solo album in 1981, Bella Donna, which went on to sell over 5 million copies. Stevie continued on at a prodigious rate, recording 1982’s Mirage with Fleetwood Mac and her second solo effort, The Wild Heart, in 1983. Throughout the next decade, she continued to tour and turn out independent records as well as albums with Fleetwood Mac, including the solo effort, The Other Side of the Mirror (1989), Behind the Mask with Fleetwood Mac (1990), and a solo compilation, Timespace (1991).
In 1997, Fleetwood Mac reunited and released The Dance. The related tour earned them $36 million. Nicks also put out a boxed set dubbed Enchanted, and added two songs to the soundtrack for Practical Magic (1998). That same year, Fleetwood Mac was given one of the greatest honors in the world of rock: induction into the Rock and Roll Hall of Fame. 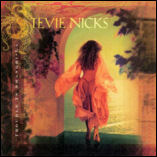 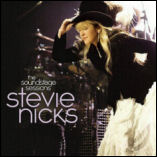 Her last solo album of original material, Trouble in Shangri-La, earned her a Grammy nomination and she just performed over 80 dates in 2009 with Fleetwood Mac. Last year she also released an amazing live DVD & CD compilation entitled, Live In Chicago.

Tickets are $49.50, $89.50, $159.50 plus applicable service charges.
Tickets available at all Ticketmaster locations and online at www.apeconcerts.com and www.ticketmaster.com.
Nickslive at Tuesday, May 11, 2010
Share