Even though the Eagles/Fleetwood Mac Stadium Tour ended up not happening this time around, the Dixie Chicks brought the band to the masses anyway covering "Landslide" last night (June 8th) during the opening night Eagles/Dixie Chicks show in Toronto at the Rogers Centre. This shouldn't be a surprise considering "Landslide" is their biggest crossover hit from their 2002 release HOME - reaching #2 on Billboards Country singles chart, #1 on the AC chart, #7 on Billboards Hot 100 singles chart and #2 on Billboards Hot AC chart. 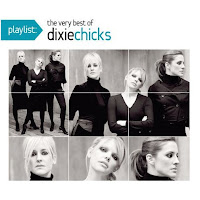