NEAL PRESTON has been with Fleetwood Mac pretty much from the beginning, or at least since the beginning of the Buckingham Nicks era... photographing the band on tour, in the studio, at events, at home, pretty much everywhere.  He's presenting his next exhibit of his work in Las Vegas at Skybar beginning on June 18th:
This is an excerpt of a much larger article - the full article can be found here
I've included many iconic photos of Fleetwood Mac and it's members that Neal has taken over the years - courtesy of Corbis.

Legendary rock music photographer Neal Preston is presenting an exhibit of his work that includes a never-before-seen oversized proof sheet of Led Zeppelin. The Hard Rock Hotel unveiling features some 40 prints from his extensive collection, and the Led Zeppelin is being releasing as a limited edition to be sold exclusively one week from today when the exhibit opens at Skybar. The photos will be displayed throughout the hotel and available for purchase in the Hard Rock Retail Store.
With a staggering 40-plus-year career in photography that started while still in high school, Preston has made significant contributions to pop culture history. His photos have appeared in every conceivable media outlet literally everywhere, and his client list is a who’s who of rock royalty. His body of work is regarded as one of music’s most extensive and significant photo collections, and it was the key source of photographs for VH1’s acclaimed documentary series Behind the Music, providing more than 1,000 images for 50 episodes.

Rock fans know Preston best as the photographer who has toured with Led Zeppelin, The Who, Queen, Fleetwood Mac, Bruce Springsteen and countless others, and his travels have included touring Europe (Bruce, Queen), Canada (Heart), Russia (Billy Joel), Japan (Bruce, Duran Duran), China (Wham!), South Africa (Whitney Houston) and South America (Queen).
Las Vegas Sun: Did you pick all the photos for the new exhibit at the Hard Rock? Was it tough to choose? You can’t have one favorite kid, so to speak.
Preston: It’s beyond tough. In fact, it’s the most stressful part of my day every day. I’m very fortunate I have a fairly deep catalog, and I have a lot of kids to choose from. When you do a gallery show or an exhibition, you try to gear yourself to the people you know who will be looking at the photography. ... But like any other photographer, you get a certain amount of your “greatest hits.” The final count is about 40 — black and white and color. There will be some of the obvious things I’m known for shooting, like Led Zeppelin, Bruce Springsteen, Stevie Nicks, Queen. I try to put in a couple oddball things that people might not expect. 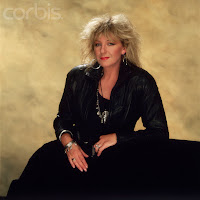 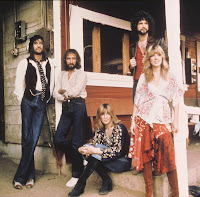 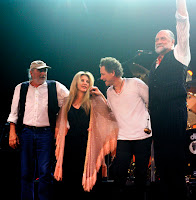