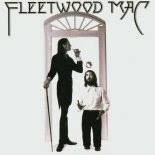 ON THIS DAY IN 1975 (July 11th) Fleetwood Mac Released their 8th album, the self titled album Fleetwood Mac - the first to feature Lindsey Buckingham and Stevie Nicks.

On September 4, 1976 in it's 58th week of release Fleetwood Mac hit #1 and spent a single week at the top. This set a record never before achieved in the 32 year history of Billboard's Album Charts. Never before had an album hit the #1 spot for the first time after being charted for 1 year. 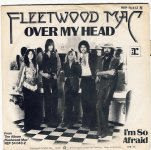 First US Single: Over My Head

Second Single: Rhiannon (Will You Ever Win)

Third Single: Say You Love Me 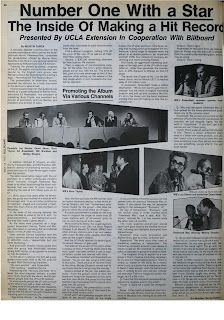 TO COMMEMORATE THE 35th ANNIVERSARY - U.S. Syndicated radio show InTheStudio is celebrating the 35th anniversary of one of rock's most pivotal album's the 1975 FLEETWOOD MAC album. Show producer and host Redbeard speaks to Mick Fleetwood, Lindsey Buckingham and Stevie Nicks about the first Fleetwood Mac album featuring Buckingham/ Nicks and how this line-up change along with a new producer transformed Fleetwood Mac forever.  The interview is running all this week on various stations through out the country (US).  If you miss it, keep checking the IN THE STUDIO website as they will be posting the interview after its run it's course on radio.
Nickslive at Sunday, July 11, 2010
Share