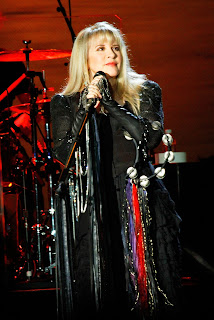 Music Biz Vet, Ex-Apple Records Exec Peter Asher: The Long Wait for Beatles on iTunes Was 'Silly' Peter Asher: A Musical Memoir of the 60s and Beyond is a multimedia experience that mixes video clips, photos and storytelling from Asher’s illustrious history. It’s scheduled for three inaugural performances, the first this Friday at New York City’s Iridium, the next on Sunday, Dec. 5 at the Coach House in San Juan Capistrano and at L.A.'s Grammy Museum on Dec. 7, after which Asher will continue onto another of his passion projects: a tribute to Buddy Holly featuring reinterpretations of classic songs by the likes of Jackson Browne ('True Love Ways'), Jeff Lynne ('Words of Love'), Stevie Nicks ('Not Fade Away'), Cobra Starship (“Peggy Sue”) and Fall Out Boy’s Patrick Stump (“Everyday”). "


Buddy Holly "Not Fade Away"

THR: You’re equally passionate about the music of Buddy Holly. Tell us about the tribute album you’re putting together.
Asher: I am a huge fan. Buddy Holly was one of the things that brought Gordon and I together at school, back in the very formation of Peter and Gordon. I was more of a folkie, Gordon was more of a rocker and he pretty much taught me about Buddy Holly. Those songs always meant a lot to me, so when I was approached to take on the production of a Buddy Holly tribute for the 50th anniversary of his death, I was happy to do so. We've done seven tracks so far: Stevie Nicks, Lyle Lovett, Jeff Lynne who produced his own version of “Words of Love,” which is brilliant, The Fray, Chris Isaac .... Who have I left out?

THR: Cobra Starship, featuring your daughter Victoria on keytar!
Asher: Yes, they did "Peggy Sue." It was great was fun working with them in the studio and it's a cool version, if I do say so myself. The amazing thing about Buddy Holly was that he was a brilliant record producer as well as a great songwriter. A lot of his records were very unconventional -- the drum parts, weird percussion like using a cardboard box, all that kind of tippy-tappy stuff he did … quite spare, but also very imaginative, cool stuff. So we tried to apply some of that philosophy.

THR: And you’re producing every track?
Asher: So far, the only one I didn't do is Jeff Lynne because he does all his stuff in his own studio, his own way. So I was happy spectator and visitor, but everything else has been tracked in L.A. at Conway Studios.

THR: When do you hope to have it out and who will release it?
Asher: I'd like to see it come out in late spring. It may be a direct-to-retail deal, it’s still a bit up in the air.
Full Article at The Hollywood Reporter

We heard about Stevie recording a track for the album as early as January, 2010 and again in April, 2010. But nothing much since.