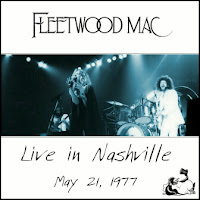 I saw Fleetwood Mac open a stadium show back in ‘75, before Anaheim had bleachers in the outfield, back when the Angels sucked and no band ever emerged from Orange County.
It was a summer of stadium shows. Today only Taylor Swift can sell 50,000 tickets, anybody else who says they can lies, or plays with a plethora of other acts. But back in the day, these giant clusterfucks were de rigueur. How many Days On The Green did Bill Graham have?
And I knew the act as a blues band. And there was that great latter day record, from "Kiln House", featuring Christine McVie on harmony vocals, "Station Man", which I heard intermittently on the radio and cranked back when you couldn’t hear your favorite music on demand unless you owned it, back when being a rock chick didn’t mean showing your tits but being so cool as to be a goddess, who was the last true rock chick, Chrissie Hynde? She’s STILL cool!
And that afternoon Christine sat at the keyboard and played my favorite new track, "Over My Head", and it sure sounded nice, but I did not buy the album, because I wasn’t buying anything, I was on the road, in L.A. for the summer, between winters in Salt Lake.
Continue to the full article
Nickslive at Sunday, January 30, 2011
Share