Here's a couple of shots of Stevie being led by Karen her Assistant and another guy - captures from the ustream live site from backstage.... Karen and another guy bringing Stevie off the stage back to her dressing room presumably.... These three were moving at a pretty brisk clip.. Wonder what the hurry was...  Maybe just to get out of the way - or maybe Rod was performing after her.  On her official Twitter stream it was posted this evening that she performed her new single... So check out the show tomorrow to hear it. 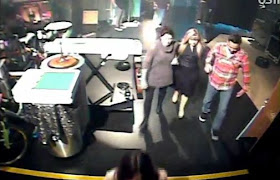 Ricky Peterson and Lori Nicks in front... Sharon and Waddy behind. 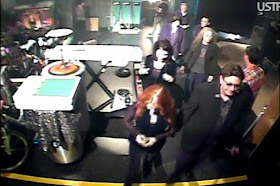 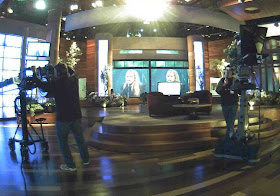 Rod and Stevie sitting and chatting with Ellen 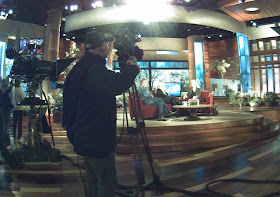 And were outta here... Stevie and Rod with Karen in grey behind. 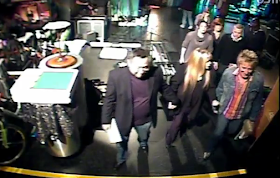 Stevie when she first walks in heading for her dressing room... Curlers in her hair on top of her head.. Wearing the beige platform boots. 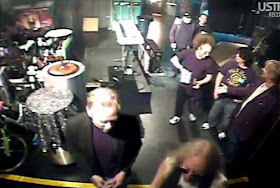