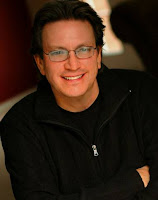 Recent update on keyboardist Ricky Peterson's website confirms his appearance next Thursday with Stevie Nicks...So we know the band is appearing!  Lots of speculation that Stevie and Rod Stewart are going to be singing together... Can anyone confirm or put this rumour to rest?  Ricky??  Jimmy??


"First off, I’m playing with Stevie Nicks on “Ellen” airing Thursday Jan. 13th! Be sure and catch that."
More on what Ricky is up to for the next couple of months can be found on his site
Nickslive at Saturday, January 08, 2011
Share