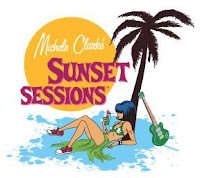 Stevie Nicks is joining us for
Sunset Sessions 2011!!!
According to a facebook posting by Sunset Sessions and M:M Music, Stevie has been added to the line up of performers. Friday Feb 18th looks like the likely night she will play as it's Warner Bros Late Night Lounge - but given that it's a 3 day event it could be any one of the nights.
Other Warner acts appearing: The Belle Brigade, Everest, Iron & Wine, and k.d. lang.


Info:
Michele Clark's Sunset Sessions is presented by M:M Music and Quick Clear Music with All Access. It was Broadcast by KPRI. It's an industry only event that brings together radio stations, music supervisors from film and television, record companies, artist managers, and some of the freshest new talent along with some legendary favorites. Its main purpose is to expose the tastemakers of our industry, and in particular the Triple A format, to the bright stars of tomorrow. The event is held over 3 nights.

"We’re now just 3 weeks away from this year’s Sunset Sessions and several acts have been added to the already stellar line up including Rock & Roll Hall of Famer Stevie Nicks; former Babys and Bad English frontman John Waite; who scored several hits as a solo artist; and the critically acclaimed Makepeace Brothers. You can see the entire line up and schedule of events at www.sunsetsessions.org. If you haven’t registered yet; you can do so on the website and join the close to 40 Triple A radio stations (as well as a few HAC PD’s); and around 50 of the top film & television music supervisors for 40 bands over 3 days; some of the most innovative panels; great food; and gorgeous surroundings.
Website
Nickslive at Monday, January 31, 2011
Share