George Caröe, of Marsh Benham, is aiming to get Fleetwood Mac's song, The Chain, to number one in the charts
By Robert Warlow, Reporter
Newbury Today 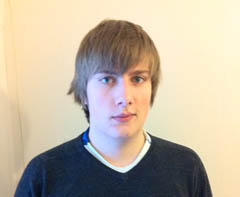 Mr Caröe, a 20-year-old marketing management student at Southampton Solent University, said: “The reason behind the campaign is simple; to get one of the best and most iconic songs ever, to the well and truly deserved number one spot.”
Mr Caröe added that he and his friends are also trying to get the backing of BBC Radio One to help get the song to number one on Sunday, March 6 - in time for the first race weekend in Bahrain.
To join the campaign, click on the links below.
Facebook
Twitter

This news was also picked up by the BBC
Nickslive at Tuesday, February 08, 2011
Share