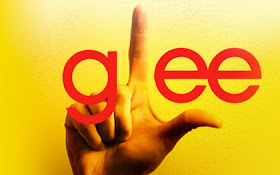 Legendary rocker Stevie Nicks visited the set of "Glee" Tuesday, TooFab has exclusively confirmed--but don't expect to see her the show quite yet.
"Steve Nicks visited the set yesterday," her rep told TooFab Wednesday, "but she is not 'on the show.'"
But that doesn't mean Nicks isn't up for a cameo. "We can of course hope and dream of a day when that could happen," adds her rep.
Nicks, who performs with Fleetwood Mac and had a successful solo career of her own, stopped by the studio yesterday, while guest stars Gwyneth Paltrow and John Stamos were also on-set.
The show's cast members were definitely thrilled to have Nicks there: After filming, Dianna Agron ("Quinn") tweeted "Gwyneth Paltrow and Stevie Nicks. Wonderful and unexpected day" with co-star Ashley Fink ("Lauren Zizes") tweeting, "Paltrow, Stamos, Stevie Nicks ... Pinch me."
Paltrow and the gang are rumored to sing "Landslide" during an upcoming episode.
Source

It'll happen!
"Glee''s Dianna Agron on the Guest Star Who Brought Her to Tears

"We had the pleasure of Stevie Nicks being on set yesterday," Agron said on Wednesday. "And she kind of made us all cry because she came and she said, 'If I hadn't been a musician, I would have been a teacher. And I would've hoped to send this message to kids --that although there are very important things like math and science and learning, you know, kind of the things that get you through life, there's also you need to find joy. And whether that's through music or dance or things like that, you need to have outlets in your life.'"
Nickslive at Wednesday, February 09, 2011
Share