Idea for the shows came from Stewart's daughters.
Plus: New LPs from both
By Patrick Doyle
FEBRUARY 2, 2011
Rollingstone Magazine


Rod Stewart hadn't seen Stevie Nicks since the mid-1980s, when both of them were recording in the same L.A. studio. Until last month, that is, when the pair, who are gearing up for a 16-date co-headlining tour‚ were reunited to perform on Ellen. "I tiptoed up behind him and put my arms around his waist from the back," Nicks tells Rolling Stone. Adds Stewart, "I'd know those hands anywhere."
The pair have never worked together before, but they've crossed paths over the years. Nicks recalls attending a New Year's party in the Seventies at Stewart's L.A. home. Nicks remembers Stewart, afraid she was drunk and might damage his collection of Tiffany lamps, asking, "Can I have that glass of wine before you walk in?' I was horrified." Stewart says, "Oh, the bitch I am sometimes. I probably wanted more wine for myself." 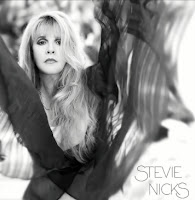 The idea for the shows (which kick off in March) came last year from Stewart's daughters Ruby and Kimberly. "They love Stevie," he says. "She's just ultra-cool – she has a cult." Nicks will open the three-plus-hour show with solo tunes and Fleetwood Mac classics, followed by a Stewart set that will likely mix deep tracks and hits.
100 Greatest Singers of All Time: Stevie Nicks
They're still working out the pacing, but there will be a portion of the shows where they sing together. "We won't let people down on that score," Stewart says, adding he hopes to tackle Nicks and Don Henley's 1981 duet, "Leather and Lace." Nicks wants to join Stewart on "The First Cut Is the Deepest" and "Reason to Believe." "That'd be a wonderful one," he says. "We're both sort of sopranos, so it'll sound great."
At the Ellen rehearsal, Nicks spent two hours running through “Stand Back” with her band while Stewart showed up and banged out “Hot Legs” once. “He walks in, expects the band to be fantastic, and then it's, ‘Let’s go and I’m out of here,’” says Nicks.
“In the Faces, we never rehearsed,” Stewart says. “I always like there to be the element of risk in any show. When things go wrong, I love it. We’ll have to meet in the middle.”
Outside of the tour, Stewart is planning an LP with former bandmate Jeff Beck‚ their first full album together since they were in the Jeff Beck Group in the late Sixties. One proposed album title: Unfinished Business. Stewart is also in talks to extend his recent stand at Las Vegas' Caesars Palace to multiple residencies over the next two years, and he's considering a stint at Carnegie Hall performing only American Songbook material. "I'm proud of those records," he says.
Meanwhile, Nicks is readying her first studio album in a decade. In Your Dreams, due May 3rd, is co-produced by an old friend, Eurythmics' Dave Stewart. Together, they wrote seven of the LP's 13 tracks, including "Everybody Loves You," inspired by their experiences of being in bands with lovers (Nicks with Lindsey Buckingham, Stewart with Annie Lennox). "We know what it's like to be in love with the person and be in love with what the person does," she says. "It's different from just being in a band."
Nicks praises the producer for adding a Sixties pop vibe. "I have never written a song with anybody sitting in the room, not even Lindsey," she says. "I suddenly realized why John Lennon and Paul McCartney wrote together. I haven't had this much fun since Lindsey and I were working in the beginning."
Nickslive at Wednesday, February 02, 2011
Share