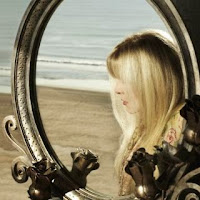 And Why She Always Returns to Fleetwood Mac

Stevie Nicks is back.

A decade after her last solo album, Nicks, the smoky-voiced Fleetwood Mac star, has a new single, "Secret Love" -- the first from her much anticipated album, "In Your Dreams" -- and is preparing to tour with Rod Stewart.

"Secret Love" already has fans guessing about who's the subject of the song. The truth is, even Nicks isn't sure.
"I think it's the only song I've written where I don't remember what the circumstances were," she told ABCNews.com. "It's definitely about something that was not to be and not to be talked about."
Nicks -- who has been linked to fellow Fleetwood Mac member Lindsey Buckingham, the Eagles' Don Henley and Eurythmics' Dave Stewart, the co-producer of her latest album -- wrote the song in 1976 but only recently thought about recording it.
In the years since, she said, she has forgotten exactly who the song is about, and said that since she's not 100 percent sure, she'd rather not guess.
"He must have been in a relationship," she said. "And I must have cared about that and didn't want to destroy his life or I wasn't fighting hard enough for it. I think I walked away from the relationship for that reason. It was just over and not to be."
At 62, the rock legend maintains cult status. When "Secret Love" leaked on the Internet, Perez Hilton posted it on his Web site. When she turned up at a recent taping of "Glee," with Gwyneth Paltrow, star Dianna Agron and other cast members were reduced to tears.....


"She kind of made us all cry because she came and she said, 'If I hadn't been a musician, I would have been a teacher. And I would've hoped to send this message to kids -- that although there are very important things like math and science and learning, you know, kind of the things that get you through life, there's also you need to find joy. And whether that's through music or dance or things like that, you need to have outlets in your life,'" Agron, who plays Quinn, told "Entertainment Tonight."
Nicks, who is a fan of the show, was just as moved being on the set.
"That show just makes me happy," she said, adding that a great night to her is sitting on her pink couch, drinking chai tea while watching two or three episodes in a row.
"I find it very inspiring," she said. "If I had had children, any one of them would have been a great child to have. They do such an amazing job musically."
Like the kids on "Glee," Nicks, who was born Stephanie Lynn Nicks, has been making music for decades -- first with lover Lindsey Buckingham and then with British rock group Fleetwood Mac, which the couple joined in 1974.
By 1977, Fleetwood Mac's "Rumours" album had yielded four top 10 singles -- including Nicks' megahit "Dreams" -- and won the Grammy for album of the year.
In 1981, Nicks, who became known for her mystical style of billowing skirts, shawls and lace, launched a solo career with the album "Bella Donna," followed by 1983's "The Wild Heart" and 1985's "Rock a Little."
Though other members of the group, including Buckingham, also recorded solo albums, Nicks' were by far the most popular. But she continues to record and tour with Fleetwood Mac, completing the most recent tour in 2009.

Nicks went right from the tour to working on her new solo album with old friend Stewart, who co-wrote seven of its 13 tracks.
"I've never done that before," Nicks said. "It's like a whole new door opening. Now I understand why Lennon and McCartney wrote together."
Rather than record the album in a studio, Nicks opened up her large 1930s Los Angeles home with a fireplace and a view, making the process more fun and relaxed -- the spirit of which, she said, ended up in the album.

"What we've done is contagious," she said, explaining the excitement that has been building over this album. "When you're around a group of people who are creative and super happy, you get contact happy from them."
Stewart has also been Tweeting about the process for the last 10 months, getting the fans excited.
"My fans have been kept in the loop about this whole thing," Nicks said, adding that she doesn't do Twitter or Facebook.
Before the album's May 3 release, Nicks will begin touring in March with old friend Rod Stewart.
The idea for the 16-date tour came last year from Stewart's daughters Ruby and Kimberly.
"They love Stevie," he told Rolling Stone. "She's just ultra-cool -- she has a cult."
Stewart's daughters span the generations, just like Nicks' fans. She says at concerts, she will get "little Rhiannons," women in their 30s who were babies when her hit song "Rhiannon" came out and are now playing it for their teenage daughters.
"I'm so glad that all these people have really great taste in music and have passed it on to their children," she said.

Nicks will open the show with solo tunes and Fleetwood Mac classics, followed by a Stewart set. And they will sing together, possibly Nicks and Henley's 1981 duet, "Leather and Lace."
Eventually, there will be another Fleetwood Mac album and tour. But for now, Nicks is focused on her new solo album.
"I'll let it go as long as it goes, wherever the train takes us," she said. "And when it's done I will regroup."
"I pretty much go back and forth," she said about the group she says is like family. "It's good for me, because I get bored easily. I get to go back to something new again. It's always good to have two outlets."
Here's a quick look at what's become of her former bandmates in Fleetwood Mac, who were inducted into the Rock and Roll Hall of Fame in 1998:
Mick Fleetwood
British drummer Mick Fleetwood is the only remaining original member of Fleetwood Mac, a group that was formed in London in 1967 by Peter Green, who combined the names of two of his bandmates, Fleetwood and John McVie.
Bassist McVie didn't play on the band's first single or even at the first concerts of Fleetwood Mac, but, like many others, he would come and go with this group with an ever-changing lineup. During its most successful period, from the mid 70s to the late 80s, the group was comprised of McVie's wife, keyboardist and singer Christine McVie, Fleetwood, Buckingham and Nicks.
Fleetwood was twice married to Jenny Boyd, the younger sister of Patty Boyd, who was married to George Harrison and, later, Eric Clapton. He has faced an addiction to cocaine and personal bankruptcy despite making millions with Fleetwood Mac.
Today, at 63, Fleetwood continues to make music on his own, as well as with the group. In 2010, his album "Blue Again" was nominated for a Grammy Award.
Lindsey Buckingham
Buckingham, now 61, began his career with then girlfriend Nicks.
Buckingham Nicks, as the group was called, sold few records but came to the attention of Fleetwood, who asked him to join Fleetwood Mac. Buckingham refused to do so without Nicks.
A year after the duo joined the group in 1974, Fleetwood Mac released a self-titled album, which became a hit. But it was Buckingham's "Go Your Own Way," the lead single on the followup album "Rumours" that helped propel them to superstar status.
Buckingham would break up with Nicks and eventually go his own way, releasing five solo albums. But he would return to the group, notably for President Bill Clinton's inaugural ceremony and as recently as 2009 for the last Fleetwood Mac tour.
Buckingham is married and has three daughters.
Christine McVie
Nicks got most of the attention in Fleetwood Mac but Christine McVie, nee Perfect, is just as responsible for the group's success. The keyboardist, McVie was also an accomplished singer and songwriter, joining the group in 1970.
She later married John McVie and the short-lived marriage became inspiration for her best known song "Don't Stop." She also wrote "Say You Love Me" and "Over My Head," and in 1984 released a solo album with the hit "Got A Hold on Me."
In 1997, after four out of the five "Rumours" era bandmates reunited for "The Dance" tour, McVie retired from Fleetwood Mac and retreated from public life. In her converted barn in Kent, England, she recorded her last solo album in 2004 but didn't tour and only gave limited interviews.
Now 67, McVie continues to support her former bandmates. She attended a performance during their 2009 tour, but declined to join them on stage.
Nickslive at Tuesday, February 15, 2011
Share