FLEETWOOD MAC ON THE CHARTS: "RUMOURS" IS SPRINGING UP ALL OVER!

FLEETWOOD MAC'S 1977 ALBUM "RUMOURS" is springing up all over the place on itunes no doubt as a result of the announcement this past week that GLEE will be tackling the album for a full episode next season.  Not to mention the fact that Glee took on Stevie's Landslide which appears on the white "Fleetwood Mac" album released prio to "Rumours".  I think it's great... It re-introduces Fleetwood Mac's mega selling "Rumours" to a whole new generation that may not be aware...
For a full breakdown of what's happening on itunes click "Continue Reading" below.

itunes Around The World: Updated to 3/19 and 3/20.
(Keep in mind the itunes charts are live and changing all the time... These numbers are current as of this writing.) 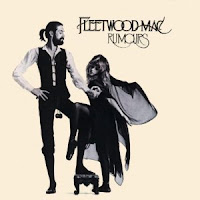