Stevie Nicks: Fleetwood Mac's frontwoman is one of the last old-school rock stars left – and she's still walking the walk. 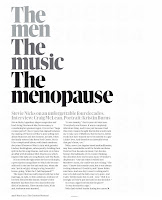 Stevie Nicks: The men, the music, the menopause 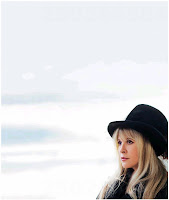 Stevie Nicks, legendary singer-songwriter and hard-living Fleetwood Mac frontwoman, is considering her greatest regret. It is not her "huge cocaine period", the 10 years that elapsed between the making of Fleetwood Mac's 40m-selling 1977 album Rumours and the moment, in 1986, when she finally entered the Betty Ford Center. Nor is it her complicated history with band members: she joined Fleetwood Mac in 1974 with guitarist Lindsey Buckingham, subsequently detailing their split in the hit song Dreams, and went on to have an affair with drummer Mick Fleetwood, which inspired the 1983 solo song Beauty And The Beast.
It is not even the eight years she lost to Klonopin, a prescription tranquilliser to which she became addicted in the late 80s and early 90s, when she was "just a sad girl, sitting in a big, beautiful house, going, 'What the f- hell happened?'" 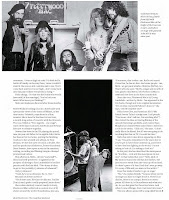 The regret that has really stayed with her is her marriage, in 1983, to Kim Anderson, widower of her best friend Robin Snyder. Snyder's baby Matthew had been born two days before she died of leukaemia. Three months later, Nicks and Anderson were married.
"It was insanity," the 62-year-old says now. "Everybody was furious. It was a completely ridiculous thing. And it was just because I had this crazy, insane thought that Robin would want me to take care of Matthew. But the fact is, Robin would not have wanted me to be married to a guy I didn't love. And therefore accidentally break that guy's heart, too." 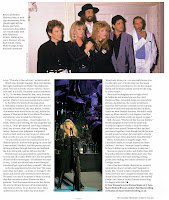