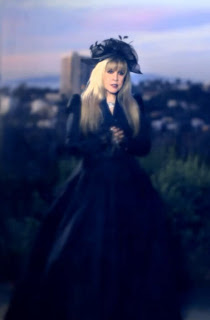 What a Great Way To Start a Saturday!
The Oprah Show in it's Farewell Season will be taping a show on April 8th in Chicago which will include a "special appearance" by Stevie Nicks.
Sheri Salata Executive Producer for The Oprah Show absolutely confirmed via her Twitter account  this morning that Stevie would be making a "special appearance" and that the show is scheduled to air on April 13th. HOW AMAZING IS THIS!  Perfect timing for the taping as the day after on April 9th Stevie is to hit the stage with Rod Stewart at The United Center.
Over the course of the last week or so, various sites and Twitter posts from fans contacted by the Oprah show confirming their invite to the show in April pretty confirmed Stevie would be there... but until you get the final confirmation, you never really know.
Facebook and Twitter no doubt played a BIG part in making this happen - all started by RealSteveGains on Twitter in his relentless pursuit to get Stevie on during the farewell season - also helped along by the Facebook community: Get Stevie Nicks on Oprah: The Farewell Season  WELL DONE STEVE and THE FACEBOOK COMMUNITY!
Back on March 19th Sheri Salata posted on Twitter that RealSteveGains pleas have not gone unheard, and that good news was to come on this she hoped... On March 22nd news surfaced that The Oprah Show was looking for Stevie's ultimate fans and put the question out there "Are You Stevie's # 1 Fan" via her website.  I can only imagine the number of essay's received in response to Oprahs call.
Matt Denison a Canadian fan from the Ottawa area of Ontario was contacted by The Oprah Show wanting to hear more about his story after he submitted his desire to be on the show... CBC in Canada, the national broadcaster also contacted Matt after his story was given to the CBC.  They featured his story on radio and in print "Oprah staff contact Ottawa Stevie Nicks Megafan"  Matt also started a Facebook Page: Get Matt on the Oprah Show 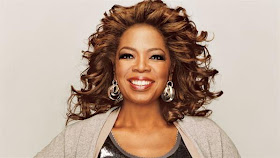 The show format for this taping and how it's going to be presented isn't entirely known... There's speculation that Salt N Pepa and Sister Sledge will also be appearing.  Pat Benatar confirmed via her Facebook Page that she was headed to Chicago to appear on the show (no other specifics given)... It's obviously a Women in Music focus... We'll have to wait and see. Exciting times and perfect timing for promoting Stevie's new album "In Your Dreams" on shelves May 3rd... Maybe they could hold off the airing of the show for a date closer to the release date to keep it fresh in peoples minds... In any case, it's great to see this finally happen for Steve, Matt and for all the fans of Stevie Nicks that submitted their essays and were accepted.  Oprah's studio audience is not large so you are truly lucky if you were chosen to attend Stevie's first appearance on Oprah!
Nickslive at Saturday, April 02, 2011
Share