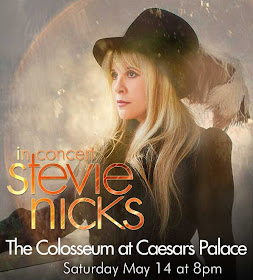 
The reunion of Fleetwood Mac’s classic lineup in 1997 was such a big deal that some people might have temporarily forgotten about singer Stevie Nicks’ solo career. After all, so many of her biggest hits (including “Dreams,” “Rhiannon” and “Landslide”) came during her time with Fleetwood Mac. But Nicks had a thriving career away from Fleetwood Mac both while she was still in the band and in the years following, and solo hits like “Edge of Seventeen,” “Stop Draggin’ My Heart Around” (with Tom Petty) and “Stand Back” have stood the test of time just as strongly.
Now as Fleetwood Mac is on an extended hiatus, Nicks is finally back with her first solo album in 10 years, the just-released In Your Dreams. Dreams features collaborations with Dave Stewart of the Eurythmics, Mike Campbell of Tom Petty and the Heartbreakers and Nicks’ Fleetwood Mac bandmate Mick Fleetwood. The album’s first single, “Secret Love,” was originally recorded as a demo for Fleetwood Mac’s 1977 album Rumours, and has finally been fully produced and packaged for Nicks’ eager fans. The last time Nicks refurbished an old Fleetwood Mac song, it resulted in the 1997 Grammy-nominated hit “Silver Springs,” a single from the group’s live reunion album The Dance.
Nicks most recently toured with fellow rock veteran Rod Stewart, another Vegas favorite, but she’ll be on her own at The Colosseum. Although she’s shared the spotlight with plenty of talented peers over the years, being on her own is the perfect place for her right now.
Caesars Palace 8 p.m. May 14, starting at $49.50 plus tax and fee. 800.745.3000 Ticketmaster
Nickslive at Sunday, May 08, 2011
Share