Sort of a repost.. Great interview that I originally posted from the Afterellen site awhile back.  This one is similar but seems longer and written a bit differently.


Stevie Nicks has enchanted music lovers with her ethereal songwriting and mystical rock goddess persona since the mid-1970s. A member of the rock supergroup Fleetwood Mac and also a successful solo artist, Nicks has once again donned her signature shawls and platform boots to promote her first solo album in a decade, the well-received In Your Dreams. The writer of such hit songs as “Dreams,” “Rhiannon” and “Stand Back,” among countless others, sat down with Frontiers to discuss the new record, as well as the love she has for her LGBT fanbase and the notion of someday writing her memoirs for the world to read. 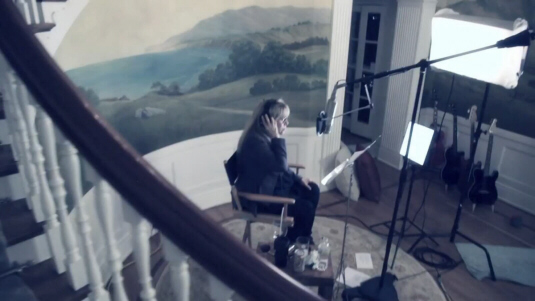 ‘AN ACID TRIP WITHOUT THE ACID’
Dave Stewart, best known as one-half of The Eurythmics, played a large part in the success of In Your Dreams. Though Nicks had never before worked with Stewart, he came onto the project as a producer and co-songwriter and was able to create real magic during their sessions. The seven songs that resulted from their pairing are some of the strongest tracks on the album.
Asked what it was like to work with the legendary musician, Nicks replied that it was “the best thing ever.” She continued, “We made the record at my house. We turned my whole two-story house into a recording studio and we used every part of the house—the backyard, the upstairs, the downstairs, all the rooms. We had dinners every night catered by one of my goddaughters, so we broke at 7:30 each night and talked about politics and music and the world, and then went back and worked for another two hours. It was like a happening. It was like an acid trip without the acid.
“We just had the best time. Dave really has the ability to create a world of magic, where you feel magical. And there is, in our situation, never a harsh word, never a raised voice, never an argument, no egos happening at all, so he and I were able to write seven songs. And I have never written a song with anybody.
“I write with Michael Campbell [of The Heartbreakers], but he sends me tracks in the mail, so I don’t sit in the room with him. I’ve written with a few people who have sent me tracks. But I have never written a song with a real, live human being that is sitting two feet from me, because I never wanted to share that experience. And I never thought it was possible that it could happen.
“So the first day he was there—I’m sitting here in the house right now looking around at all the equipment that we haven’t taken down—he just said ‘OK, well here is a poem that you wrote that I like, so let’s use this poem.’ And he just started playing. We had a Pro Tools rig set up, so we were recording. I just started to recite my words in a sing-songy sort of way, and in a half-hour we had written a song. And my world changed. The golden doors opened, and I understood why Paul McCartney and John Lennon wrote together for the first time in my life. If you can find somebody that is not egotistical and does not get their feeling hurt—[who isn’t] hurt if you look at them and say, ‘you know, I don’t really like that part,’ then the world is your oyster. And he did that with me. He allowed me to just be like a child and be totally free.
“And this record—I’m sorry that it’s done. I’m sorry that we’re not gathering here at 2 in the afternoon anymore. When it was done in February, I sat down on my red couch in front of my fireplace and started to cry, because I was just so sad that part of the experience was over."
‘IT WAS ME WALKING AWAY FROM ME’
“Secret Love” was the first single from Nicks’ In Your Dreams album, though it was written back in the mid-’70s and originally intended for inclusion on Fleetwood Mac’s 1977 Rumours album. Here Nicks gave some insight into the story behind the song, and also how the track still speaks to her now as it did back then.
“The video [for “Secret Love”] was really about my older self dealing with how I felt when I actually wrote that song sometime in 1975. I had only been in Fleetwood Mac for a couple months probably when I wrote it." She continues with some backstory. “My life had changed overnight from being a totally cool waitress—and a pretty damned cool cleaning lady also—to making enough money to support Lindsey [Buckingham] and all our friends, basically. And, you know, it [had been] fun. We were poor, but it was brilliant. Those four years were quite brilliant moments. 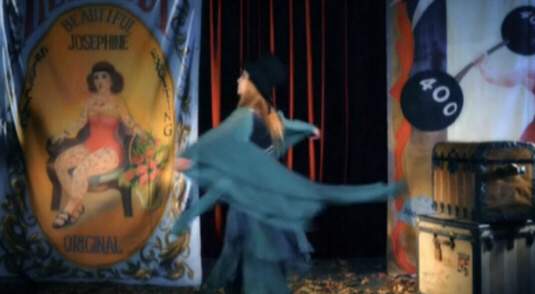 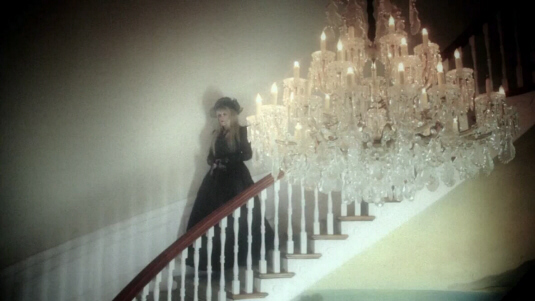 “And then there would be, you know, ‘My name is Stevie Nicks. I fell in love with a boy named Baby Joe when I was three. And I did—in Ajo, Arizona, at my grandmother’s public swimming pool. And I never got over it.’ My story would be all the really funny, fun [stuff]—and then it would go to, ‘My name is Stevie Nicks, I live at the top of Mulholland. If you follow the fog, you will find me.’ That’s what my book would be. I would have bits of art in it. I would have a lot of poetry in it. I would have self-portraits that I’ve taken. “It would be like a really trippy adventure book through my life. I would never sit down and write a horrific [memoir]—I probably would leave a lot of the bad stuff out. And if I did talk about the bad stuff, I would talk about it in a very philosophical way as to help people instead of scare people.
“I am really seriously considering it.”
20 YEARS OF LGBT LOVE
Stevie Nicks has long had a bevy of LGBT fans—people who relate to her on an almost spiritual level for one reason or another. The love that spews forth from these individuals is not lost on Nicks in the slightest, and she cherishes her gay and lesbian fans greatly.
We discussed the moment when she first became aware of this loyal gay fanbase. According to her, it was more than 20 years ago. “I have a lot of gay friends, so that’s, ya know, one side of the whole thing. But then the other side is the 'Night of 1,000 Stevies.' I don’t even remember who told me, but somebody said, ‘Did you know that there’s this big, like, major party that goes on every year in New York that’s called "Night of 1,000 Stevies?"' And I’m going, what?
“And so they explained it to me. And I’m thinking, that’s pretty damn cool. That was, what, 20 years ago? So that really was the beginning—when I realized that my music was really appealing to all my gay fans. And, my goodness, this party has become historical I think. “When I was first told about it, I thought it would be a great thing that would happen maybe twice—and it’s still going on, so I’m thrilled.”