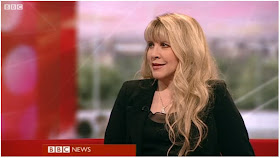 Finally Stevie Nicks was on the sofa to talk about her latest work. She's had an unparalleled career as a solo artist and as the front woman of Fleetwood Mac. It's been ten years since Stevie Nicks recorded any solo work but she's back with her latest album. In Your Dreams, and the single Secret Love are out on Monday. Stevie will be performing live with Rod Stewart on Sunday in Hyde Park.
Re-watch today's broadcast of her interview on BBC Breakfast HERE  Stevie's portion of the show is at the 24 minute mark. 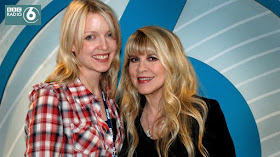