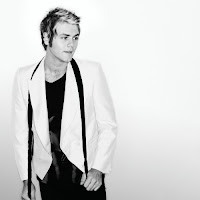 McManus Entertainment confirmed today that BRIAN McFADDEN will be joining Stevie Nicks and Dave Stewart in Australia as a Special Guest on the 'In Your Dreams' Australian Tour. Brian is scheduled to play all dates in Australia on the current schedule.

"McManus Entertainment is thrilled to announce that Brian McFadden will be joining the legendary Stevie Nicks and Dave Stewart as a special guest for the 2011 Australian tour. McFadden will join the bill for the entire tour, playing shows in Melbourne, Adelaide, Perth, Sydney, Newcastle, Brisbane, Wollongong and Canberra. Celebrated musician and songwriter Dave Stewart from Eurythmics will also be touring Australia for this very special show; tickets are on sale now for all Australian shows."


"Brian McFadden has sold more than 40 million albums worldwide. The tour coincides with the release of Brian McFadden’s new album in October before heading out on the road with Stevie Nicks and Dave Stewart throughout November and December. McFadden states, “I am looking forward to getting back out and touring because the stage is where I feel most comfortable.”
Nickslive at Friday, July 08, 2011
Share