Filming on "For What It's Worth" Took Place Today...

According to the below tweet from Dave Stewart, the shoot today on the "For What It's Worth" video in the desert went really well... Mike Campbell of the Heartbreakers who wrote the music on the song for Stevie will also be in the video.  This is the second single from Stevie's album "In Your Dreams".

Look forward to seeing it!... Hopefully it will make it's debut in a timely fashion. 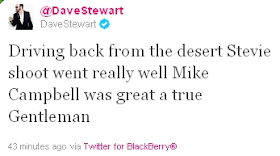 Also... According to a tweet from a short while ago, the "In Your Dreams" Documentary that everyone has been patiently waiting for is apparently 80% finished - as in post production. 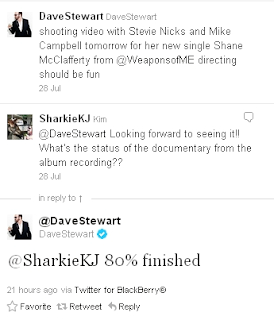