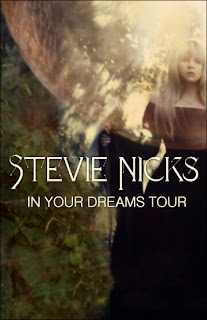 All-Star Concert Will Benefit the Bob Woodruff Foundation, in Celebration of the Men and Women of the United States Military and Their Families

"I am honored to join Jeff Bridges for this show in support of the Bob Woodruff Foundation. I feel proud to show my love for returning vets and their families and to honor their bravery," commented Nicks -- a longtime supporter of returning vets. Nicks' new CD, "In Your Dreams," includes the poignant, Nicks penned original song "Soldiers Angel" which she was inspired to write following her many visits to Walter Reed Hospital and Bethesda Medical Center. Nicks will be performing the song at the Festival and it is sure to be one of many highlights of this historic show.

"Stevie's support for the men and women who serve is almost as legendary as her voice," said Bridges. "Her songs and distinctive voice have become part of the very fabric of America."

"With so many service men and women returning from the battle field, it's critical that we honor their service by helping them return to their local communities," said Bob Woodruff, ABC News Anchor, and Co-Founder of the Bob Woodruff Foundation. "Because there are people like Jeff Bridges, John Fogerty and Stevie Nicks, who lend their distinctive voices to this cause, I have no doubt our fellow Americans will help us say 'thank you' to those who serve."

"Stevie Nicks' song 'Soldiers Angel' is the most beautiful song I've ever heard about wounded warriors and those who comfort them," said David Clark, founder of American Thunder. "We're all honored to have her participate."

Funds raised at American Thunder will benefit the Bob Woodruff Foundation that invests in programs that connect troops to the services they need, including physical rehabilitation and counseling, education, employment and financial assistance, as well as help with larger issues like homelessness and suicide.

Continue to the rest of the release
Nickslive at Tuesday, July 19, 2011
Share