SYDNEY, AAP - There's a comedic irony in the fact that Fleetwood Mac's music is resonating among a new generation of fans addicted to Glee. 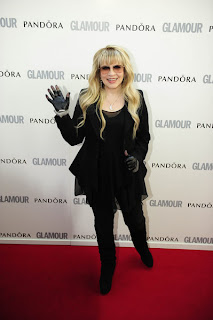 The kids might not be singing so giddily if they flashed back to the years when members were at each others' throats, snorting mountains of cocaine or engaging in illicit affairs.
At the centre of it all was Stevie Nicks, who admits she's been a fan of Glee since its beginnings. She spent a day on set of the show describing the "temperature of the times" before Gwyneth Paltrow was allowed to get her lips around Landslide.
Despite acknowledging that Paltrow is ten times the role model Fleetwood Mac will ever be, she's delighted children are loving the songs.
"Hopefully they're taking away the good part," she says over the phone from her home in Los Angeles.
"Amidst all the muck of what happened with us there was a spectacular amount of good that came out of it and looking back now it doesn't seem as bad.
"But it's true what they say that sometimes it's more fun to tell a story than to live it."
To say Fleetwood Mac share a complicated history is an understatement equal to suggesting Nicks knew how to party.
She joined the band in 1974 with guitarist and boyfriend Lindsey Buckingham, later lamenting their split in the song Dreams before having an affair with drummer Mick Fleetwood.
After releasing the 40 million-selling album Rumours in 1977 Nicks shared a massive drug problem with the band until she collapsed into the Betty Ford clinic in 1986.
Now a solo singer as well as touring with Fleetwood Mac, the 62-year-old would take none of it back. She believes her addiction first to cocaine, then for eight years to a tranquilliser prescribed as a replacement, made her a better artist.
"Even through all the break-ups and chaos we were all still writing like crazy and from a writer's point of view you can't ask for better than that," she says.
"Great art usually comes out of great tragedy. You just have to know how to use it."
Nicks admits there were countless times Fleetwood Mac almost split up, coming closest in 1979 during the recording of the album Tusk.
Nicks was six months into a relationship with Fleetwood when she discovered he'd shacked up with her best friend Sara Recor. It later inspired the song Sara.
"That was bad and even Lindsey who of course hated the idea that me and Mick were having a fling thought that was pretty crappy," Nicks says.
"Sara was banished from the studio and I didn't speak to Mick for months. The fact he was the drummer and not a writer was perhaps his saving grace but everyone was mad at him and that could have brought down the whole band."

After somehow surviving that and then another 30 years and counting, Nicks is adamant Fleetwood Mac will continue touring as long as they physically can.
She refers to the band as "the tapestry of our lives" and something which will never end by choice, although she concedes its dynamic has changed.
While she and Fleetwood have grown to be like family, even now she has to spend time repairing her relationship with Buckingham.
She believes her ex never completely got over their break-up.
"It's not water under the bridge, we have to work on it continually," she says.
They recently enjoyed a "magical moment" after Buckingham agreed to work on a song for Nicks' latest album. Producing the album with Dave Stewart of Eurythmics in LA, Nicks found herself stuck on the song Soldier's Angel.
"In two days I think we went back to being (the songwriting partnership) Buckingham-Nicks because I really needed his help on that song.
"After we recorded it everybody said it was like you guys raced back through time and became who you were in 1973. It was great and it healed a lot of wounds."
The album also includes the song, Secret Love, written by Nicks in 1976 but kept from the band. Unveiling it now in solo guise is a way of Nicks saying that many old wounds have been healed.
She's considered herself addiction-free since the last visit to rehab in 1993 when she endured 47 days and vowed never to return.
"After 15 years of being sober you realise you never really needed it.
"I'm good now and have a lot of fun, I can stay up all night, I still write like a maniac, I'm still totally creative and dance around on stage like I'm 15.
"In many ways it was so unnecessary, but no one can tell you that at the time."
In Your Dreams by Stevie Nicks is out now. She tours Australia in November and December.
Nickslive at Saturday, July 02, 2011
Share