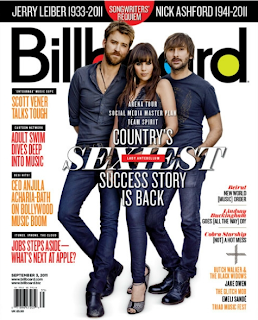 
Things are starting to ramp up in the promotion dept. for Lindsey... We'll start seeing press and tv coverage over the next couple of weeks as the album release date nears. 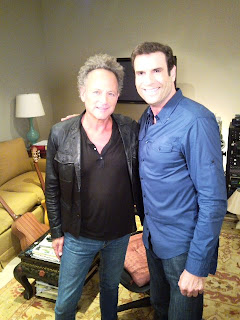 Jerry Penacoli (Extra TV) met up with Lindsey today at his home and posted this photo to his facebook page saying that Lindsey sang his new single "Seeds We Sow" live acapella.

Also, Sandy Cohen of the Associated Press interviewed Lindsey at his home today... She tweeted that it was so cool to interview him as she has been listening to his music all her life thanks to her mother.
Nickslive at Thursday, August 25, 2011
Share