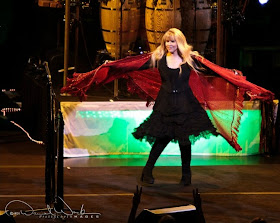 
At 63, Stevie Nicks is still as beguiling and ethereal as ever. Opening Friday night’s show with “Stand Back,” she brazenly appeared before the packed audience at Grand Prairie’s Verizon Theatre, commanding the crowd to its feet as she twirled in a signature red shawl, a treasure from 1976, over her black lace dress and platform boots. Her hands covered in black motorcycle gloves, she pumped her fists in the air and drew every willing soul in for the night.

From the start, she told the audience she hoped to sing what she believed to be the best of her old and new songs. Ever the humble songstress, she quipped “I hope you agree,” as if she were a mere street performer tipping her top hat in gratitude.

Continue to the full review
Below... Photos by Dave Hensley
Gallery of Photos | Slideshow 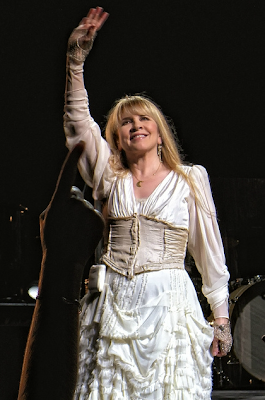 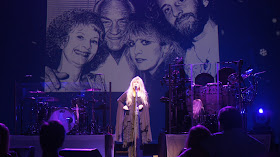 Below... Photos by Jam Magazine (Facebook)
Gallery of Photos 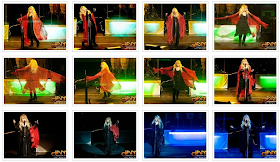