Review: Lindsey Buckingham ‘IN OUR OWN TIME’ ★★★★✩ 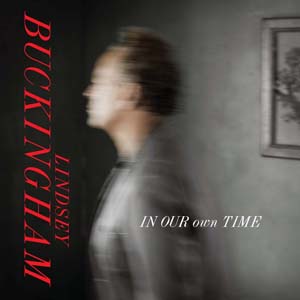 Throughout his career, Fleetwood Mac‘s Lindsey Buckingham has consistently kept the listener guessing as to what his next move would sound like, and his new single ‘In Our Own Time’ strikes a compelling groove while maintaining that sense of mystery.

‘In Our Own Time’ is the first official single from Buckingham’s new album ‘Seeds We Sow,’ which he’s describing as possibly the best work he’s ever done. Buckingham makes specific reference to the “tools” of his musical vocabulary when calling the album an “excellent representation” of what he does.

Listening to ‘In Our Own Time,’ it’s evident that Buckingham has been quite busy in that toolshed, as the single puts forth a sound that is so experimentally out there that it’s not immediately clear who exactly you’re listening to in the initial moments.

Love the cover art!
Lindsey Buckingham- In Our Own Time by MMMusic
Nickslive at Tuesday, August 16, 2011
Share