Lindsey Buckingham continues to hone his skills as a songwriter, guitarist and producer 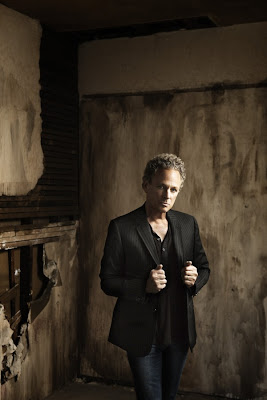 
Many people whose resumes include one of the best-selling albums of all time would probably be content to sit back and either recycle the riffs that made them famous or simply collect royalties.

More than 30 years after “Rumours,” his second album with Fleetwood Mac, topped sales charts, Buckingham continues to hone his skills as a songwriter, guitarist and producer.

His new CD, “Seeds We Sow,” is the first on his own label, Mind Kit Records. His current tour will take him to the Mayo Performing Arts Center Thursday night (Sept. 29).

“Seeds We Sow,” with its layered guitars and vocal harmonies, is the latest step in a career that began in the late 1960s. As a teenager growing up in California, Buckingham taught himself to play guitar and banjo by listening to the Kingston Trio and other folk acts.

In the early 1970s, Buckingham and his then-girlfriend, Stevie Nicks, traveled to Los Angeles with a handful of demos in search of a record deal. Polydor Records released “Buckingham Nicks” in 1973. Despite a rather risqué cover photo of the two musicians, the album sold poorly, and they were dropped by the label.

In the years since, however, “Buckingham Nicks” has been appreciated for its unusual folk-influenced harmonies and the caliber of the musicianship. The lineup included Ron Tutt and Jerry Scheff (both of whom had played with Elvis Presley), drummer Jim Keltner and other top session players.

The songs also caught the ear of other musicians, including John McVie, Mick Fleetwood and McVie’s wife, Christine. The three were looking for a new guitarist for Fleetwood Mac and were impressed by Buckingham’s skills. Buckingham agreed to join only if Nicks could join the band, too.

The result was a potent combination of the traditional blues-based Fleetwood Mac sound coupled with Buckingham and Nicks’ folk-rock-pop. The reconstituted Fleetwood Mac released a self-titled album in 1975 that sold well.

But the 1977 followup, “Rumours,” launched the group into the stratosphere, in part thanks to Buckingham compositions such as “Go Your Own Way.”

After “Rumours” (and after splitting with Nicks), Buckingham insisted on a more experimental tone, resulting in the offbeat double-album “Tusk.” In the 1980s, Buckingham became less involved with the band and more involved in pursuing a solo career, beginning with his 1981 album “Law and Order,” which yielded the hit “Trouble.” He also wrote the song “Holiday Road” for the movie “National Lampoon’s Vacation.”

As his 1984 album “Go Insane” proved, Buckingham has an ear for intricate arrangements. The centerpiece of that album was a suite dedicated to the memory of the late Dennis Wilson of the Beach Boys, and other tracks reflected some of the more nuanced songs of Brian Wilson.

For a time, Buckingham put his solo work on hold to rejoin Fleetwood Mac in the studio and on the road. But in the past six years, he has released three acclaimed solo albums and a live disc.

With this burst of creativity and a national tour under way, Buckingham shows that there is more to his reputation than just “Rumours.”