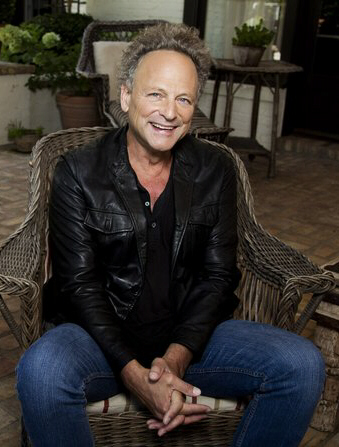 Lindsey Buckingham solo albums have been rare treats for rock fans — until recently. After averaging eight-year interims between albums throughout the ’80s and ’90s, the Fleetwood Mac singer-guitarist has delivered three new albums in the last five years.

“There was a time when I was the Terrence Malick of rock in terms how the projects were spread out,” Buckingham told the Sun-Times during a recent interview. 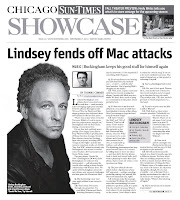 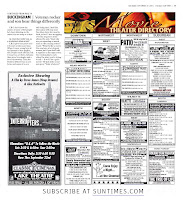 It’s not that he’s suddenly more prolific. He’s simply been able to keep Fleetwood Mac’s grubby paws off these batches of songs. Several Mac albums started as Buckingham solo projects, including 1987’s “Tango in the Night” and the 21st-century comeback studio set, 2003’s “Say You Will,” which is virtually the Buckingham solo album it started out to be plus a few harmonies and Stevie Nicks songs.

The new album, “Seeds We Sow” (Buckingham) [★★★ ], finds Buckingham not only solo but independent — self-releasing the record after ending a three-decade relationship with Warner Bros. We spoke with Buckingham about the new album, new personal challenges and new plans for Fleetwood Mac:

Q: We last spoke amid the Fleetwood Mac’s Unleashed Tour in 2009. You described the experience then as “hang time” for the band and “a proving ground.” What came out of the experience, what was proven?


Lindsey Buckingham: To me, it kind of revealed itself to be a freeing experience. You know, I’ve got this large machine with Fleetwood Mac, and then this small machine with the solo work. As any filmmaker who’s done an indie vs. a big-budget project will tell you, it’s the small projects where you’re able to take the risks and grow and follow your heart to the greatest degree. Fleetwood Mac went out on that tour without an album to support; we were basically doing a body of work. I think any band that’s been around for a while, eventually you get to a point where your audience is less interested in hearing anything new from you. When you come to terms with that, it’s kind of cool! I can go out now with the solo stuff and grow and reaffirm the transcendent aspects of playing, and then I can bring that back to Fleetwood Mac to enhance what we already have.

Q: Mac is planning a tour next year, again without a new record to support?

LB: That’s what I’ve heard through the grapevine. I’ve read Mick [Fleetwood, Mac’s founding drummer] saying that in interviews. I’d be surprised if something didn’t happen.

Q: It’s always funny to me, hearing you talk about how you communicate — or don’t — with the other band members. We always think rock bands are closer than they usually are. But you’re hearing Mick’s thoughts via the media.

LB: Well, yeah, I spent some time with Stevie recently making her album. I speak with Mick once in a while. We don’t feel a need to hang as a community at this point. That’s probably best.

Q: It’s been nice to see three solo albums in a row, none of which have been hijacked to become a Mac album. How’d you manage to keep the band away from these songs?

LB: After “Under the Skin” and “Gift of Screws,” I had to tell them: “Don’t bother me for three years!” My material on the last Fleetwood Mac album, “Say You Will,” was meant to be a solo album, and if you take that material on its own it would hold up well as a solo album. The hijacking phenomenon has happened several times. So I started by telling them to leave me alone — and they did! I did two albums back-to-back and toured both, and I wasn’t planning to make this third album. It just came out of me, a very spontaneous thing.

Q: The press sheet for the new album makes a big deal out of your DIY approach — writing, recording, producing, mixing it all yourself. But that’s not unusual for you, right?

LB: I always make the analogy to painting. Working with a band is more like movie making; it’s more political to get from point A to point B in the creative process. When I work alone, it’s me slopping colors on the canvas. I don’t have to have a notion for a whole song. It can be a far more meditative process. The point of departure on this project is releasing it myself.

LB: Yes, and it feels good. Warner Bros., even in the best of times for the record industry, never stepped up to the plate for my solo work. They always said, “OK, fine, but let’s get back to what’s important,” i.e., the band.

Q: So you’re on your own, but Mac is still on Warner?

LB: Well, that’s a whole other complex question. Technically, no, the band is not on Warner. There are legal snags I don’t even want to go into. If Fleetwood Mac does do another album, I’d love to see us do something like what the Eagles did with Walmart.

Q: You’ve mentioned a lot recently that part of what has made you more prolific is how content you are in your family and personal life. I thought an artist had to be discontented to produce his best work.

LB: I thought that, too. Isn’t that funny? Certainly part of the appeal of Fleetwood Mac has been people buying into the struggle of our private lives and realizing we’re writing about what’s actually going on between us — the musical soap opera that’s been a subtext of everything, the history of us having successful careers but being utter failures in our personal lives, I would say. … I was lucky to meet someone and have all this happen at a late point in my life, after I was done with all that garbage. It’s allowed me to completely dispel the notion that family and children are death to an artist. It depends on the individual. There are, though, a lot of artistic things that can be approached and written about within the balanced framework of a stable family life.

Q: Your son is almost a teenager now. Has he started his own musical journey, and has any of it had an impact on you musically?

LB: He’s 13 and hormonal. He turned on a dime 10 months ago into a different person. You hear about that, but nothing prepares you for it. He’s an intent listener. He’ll burn CD compilations of things he likes. I’ll listen; some of it makes sense to me, some of it doesn’t. It’s all pretty thoughtful, though. He also has a healthy … not a disregard but a healthy ambivalence for what I do. He looks at me on stage and basically thinks, “There’s Dad showing off again.”

Q: Has he turned you on to anyone in particular?

LB: I don’t know the names of some of the people he’s been listening to. He takes it in one song at a time.

Q: Does that bother you, as a traditional album artist?

LB: It gives me pause and it doesn’t at the same time. When I was a young boy, all we listened to was singles, 45s. People made albums, but it wasn’t an art form. Albums then were two singles and a lot of throw-away. Then the Beatles defined it as an art form, and some of us are still doing that. I had this discussion with [my son] the other day a few months back, in fact. I was struggling over the sequence of the album. He said, “Dad, why are you spending so much time on the running order?” I said, “Well, it’s like a movie. You can have a lot of great scenes, but if you don’t edit it together in the right order, the relationship to each other, the story you’re trying to tell — it won’t be a good movie.” He just looks at me and goes, “Yeah, whatever.”
Nickslive at Saturday, September 17, 2011
Share