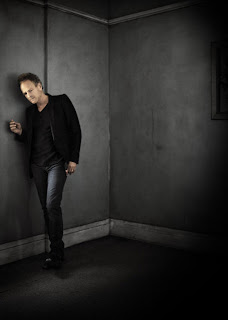 When it comes to solo work, Fleetwood Mac guitarist Lindsey Buckingham's output has been somewhat sporadic. Before 2006, Buckingham had only released three albums: 'Law and Order' (1981), 'Go Insane' (1984) and 'Out of the Cradle (1992).' Midway through this period, in 1987, Buckingham left Fleetwood Mac, and despite a one-off reunion show at Bill Clinton's 1993 inauguration, he remained out of the fold until the band's 1997 reunion.

So it may seem like a godsend to his fans that Buckingham has put out three additional albums in the last five years, including recently released 'Seeds We Sow.' Buckingham not only produced and engineered the album -- a diverse collection he's said might be the best work he's ever done -- but he also performed all of the music by himself. And for the first time, he's an independent artist, having left Warner Bros., the label that had issued his Fleetwood Mac and solo recordings since 1975.

Shortly before embarking on a solo tour that starts on Sept. 9 in Sparks, Nevada, the legendary guitarist talked with Spinner.

'Seeds We Sow' is your third solo album in five years. This is probably the most prolific you've ever been as far as making records.

Well, I'm making up for lost time. During the time when the Fleetwood Mac situation was pulling me -- it had a little more gravity than it does now -- towards the center, there were certainly a few times when I went out with the intention to make a solo album, and probably two or three times, that got folded. I got pulled into the ranks, and that material got turned into part of a Fleetwood Mac album. There was kind of a running punchline that had to do with that, and maybe the amount of time between solo albums. It's kind of like a Terrence Malick thing. Now there's a little bit less frequency to the call of Fleetwood Mac. It seems to open up the time for doing solo work.