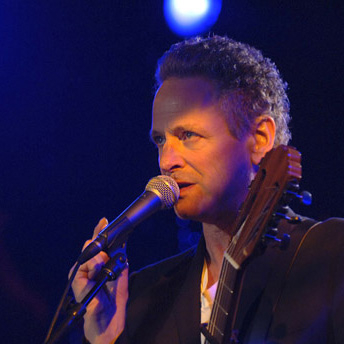 Karma is at the center of Lindsey Buckingham's sixth solo album, Seeds We Sow. With the perspective that 40 years in the music business can give, the Fleetwood Mac guitarist feels he's still on the positive side of the karmic scale.


FLEETWOOD MAC
Buckingham hasn't missed "the big machine," he says. Instead, Buckingham has enjoyed splitting time between his new album and his family: wife Kristen, whom he married in 2000; son William, 13; and daughters Leelee, 11, and Stella, 7.

GLEE
A younger generation of fans was exposed to Fleetwood Mac classics on a May episode of Glee that featured six songs from the 1977 album Rumours, and fan interest sparked its re-entrance into the Billboard album chart the next week.

"The fact that all of that stuff seems to have worked its way into the fabric and crossed generational lines, obviously we've done our job properly," Buckingham says.

He says he has never seen Glee, but if show creator Ryan Murphy was in need of more material, he could have his pick of the tracks from Seeds We Sow, Buckingham says: "Just about anything on there is going to make sense for a young listener."
Nickslive at Sunday, September 11, 2011
Share