WOW! Well this stopped me in my tracks... And this almost makes me cry the quality is so great!.... 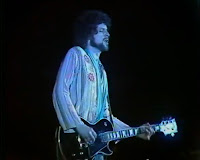 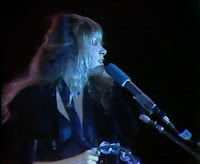 "One of many songs Fleetwood Mac played from their fabulous 'Rumors' Album. Recorded at ROCKARENA in November 1977 in Sydney, I was the OB supervisor of the concert and had the pleasure of meeting the band when they came to the OB van at the end of the concert to watch the performance. We were not allowed to take an audio feed from the desk so we set up 2 shotgun mikes at the speaker towers so think of it as a 'live' concert. I have done a bit of video editing on it to make it more presentable.

I have many stories from this concert; enough to write a book!  This video is from my 'never been seen on TV' vault and I thought it was about time I shared it with others.

Do you want more?"

Go to youtube leave your comments and let it be known you'd like to see more footage from this show... What a treasure this is!
Nickslive at Saturday, September 17, 2011
Share