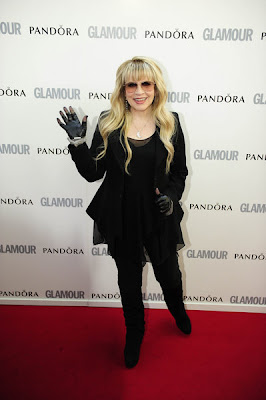 
More details are revealed about the Sept. 18 event, being held at Vibiana in downtown Los Angeles.

The invitation-only event kicks off at 8 p.m. Sept. 18, following the Primetime Emmy telecast, at Vibiana in downtown Los Angeles.

"We couldn't be more excited about having the iconic Stevie Nicks at this year's party," said Linda Bell Blue, executive producer of Entertainment Tonight and The Insider. "To see her perform in such an intimate setting and listen to her incredible songs that have transcended time -- our guests are in for a real treat."

The singer, known for both her solo career and time with Fleetwood Mac, recently released her first studio CD in a decade, In Your Dreams, which debuted at No. 6 on Billboard's Top 200 chart. The Rock & Roll Hall of Famer has been touring the U.S. and recently appeared on Dancing With the Stars and Good Morning America.

Meanwhile, this marks the first ET party for co-host Nancy O'Dell, who joined the syndicated newsmagazine in January as special correspondent and took over for Mary Hart in May. O'Dell will be reporting alongside co-host Mark Steines and correspondent Steven Cojocaru from the party for the following day's episode.

"I've always heard about what a big part this is, and I'm very excited to see Stevie Nicks up close and personal, " O'Dell told The Hollywood Reporter. "We're going to have great coverage on Entertainment Tonight."