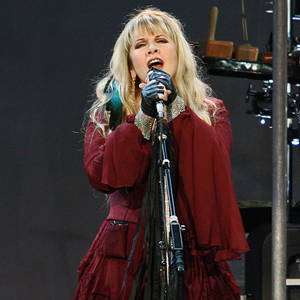 
The Gold Dust Woman, Stevie Nicks made the fourth stop of her brief intimate five date fall 2011 tour at The City National Grove in Anaheim on Wednesday October 12 supporting her latest solo release In Your Dreams (released May 2011). Nick’s popularity is as strong as ever evidenced by the sold out show in Anaheim on this night. At 9:00pm the lights dimmed and the Missing Persons classic “Destination Unknown” was played until the Fleetwood Mac singer hit the stage and opened the show with the solo classic “Stand Back”. Stevie Nicks made it clear to the packed house that “This was not a greatest hits tour” and she was promoting her latest album and then continued on with her nearly 2hr set comprised of solo material old and new with some Fleetwood Mac classics mixed in.

Continue to the full review + photos 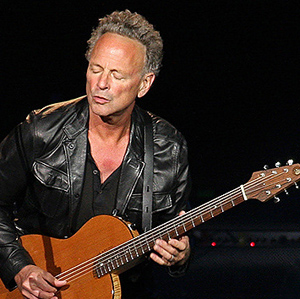 
Successful solo artist and Fleetwood Mac vocalist/guitarist Lindsey Buckingham brought his Seeds We Sow tour to the City National Grove in Anaheim Monday night October 17 just days after his Fleetwood Mac band mate Stevie Nicks rocked The Grove – Anaheim sure got its fix of Fleetwood Mac classics between the two. The Seeds We Sow tour is in support of Buckingham’s latest solo album of the same name which was released back in September. At about 8:40pm Lindsey Buckingham kicked off a 90 minute set of music from his entire career. Buckingham began the night alone on the stage playing five songs with just an acoustic guitar that included one of his most popular solo hits “Trouble” and the Fleetwood Mac song “Never Going Back Again”.

Continue to the full review + photos