(Photos) Stevie Nicks Rockin' The Red at the ARIAs

Stevie decked out in an all red in a never before seen outfit - and looking pretty great!  The colour is a nice change from the all black.  Photos aren't great, but from what I can see, the new 2 piece outfit is similarly styled like a few of the new recent pieces we've seen her wearing on tour...

Collecting the ARIA AWARD on the night were Billy's wife, Lynn, and daughters Lauren and Rusty. 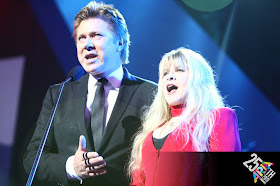 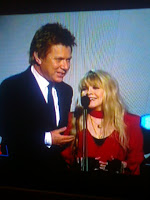 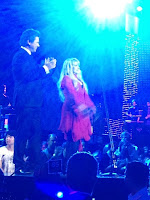 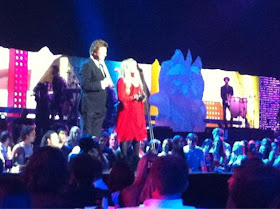