STEVIE NICKS INTERVIEW: No Fleetwood Mac in 2012... She's So Not Done! 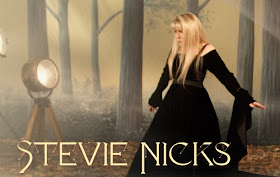 She's worked and played hard in her 63 years but Stevie Nicks isn't done yet.


Stevie Nicks does not like other people speaking on her behalf. So, sitting in a big, plush white reading chair in her cavernous suite at the Radisson Hotel in Sydney's central business district, she swiftly cuts down some of the rumours that have recently sprouted from the mouths of strangers and loved ones.

That one about Lindsay Lohan planning to play the Fleetwood Mac frontwoman in a biopic? Not even close; Nicks says if anyone's going to do it, it will be Reese Witherspoon, who is a friend. ''She's very down to earth,'' Nicks says while sipping on a large, shapely glass of iced tea. ''If we don't do it soon, though, she's going to be too old.''

And what of the recent claim, by her ex and fellow Fleetwood Mac member, Lindsey Buckingham, that the band will either tour or release another album next year?

Nicks, who is here touring to support In Your Dreams (her first solo album in a decade), responds firmly, like a school-marm chastising her charges for talking in class.


''There isn't going to be anything of Fleetwood Mac next year,'' she says. ''I'm taking next year [to support this record] and it's not going to be done until I say it's done.''


What would Nicks be without her steely determination? It's what helped the writer of such classics as Rhiannon, Dreams and Landslide weather an eight-year addiction to Klonopin, a drug that itself was meant to wean her off cocaine but instead chucked nearly a decade of her life into confusion.

It also inspired her new song, For What It's Worth, which is about what happened after Nicks defied her rehab doctors in 1995.

''I had been in rehab for the Klonopin and I'm completely sober and everything is different,'' Nicks says. ''[The doctors] say, 'Don't do anything big … Give yourself a year.'''

Nicks's response? To go on tour with Fleetwood Mac and have a ''forbidden romance'' with a man who ''saved her life'' by supporting her in this endeavour. Who was he? ''I'm not going to say,'' Nicks says.