Published by @Nickslive of nickslive.blogspot.com for Fleetwood Mac News and Reviews

Really? Someone questioned this?

Apparently, the person that won one of the 2011 Fillmore posters, from Stevie's two shows earlier this year, that she autographed and auctioned off to benefit Mike Campbell's Tazzy Animal Rescue Fund questioned the validity of Stevie's signature. The situation was brought to Stevie's attention and she sent in a note to her website The Nicksfix addressing the situation... Check it out. (scroll down the page a bit for the 2 page pdf file) 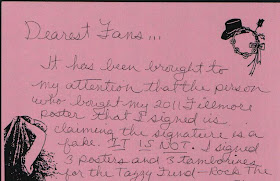 The Auction was run by Mike Campbell from the Heartbreakers back in early November to benefit "Mike Campbell's Rock The Dogs Rock and Roll Holiday Auction".  Stevie's items raised a load of money for the fund... Here are the two signed items. 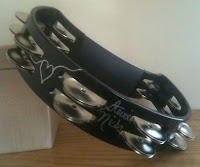