Book: Making Rumours: The Inside Story of the Classic Fleetwood Mac Album 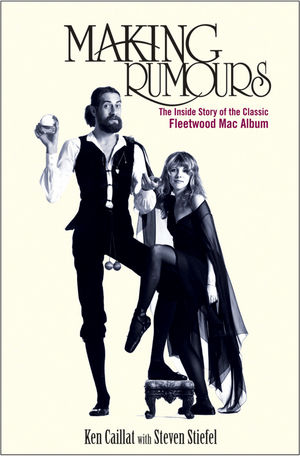 Making Rumours:
The Inside Story of the Classic Fleetwood Mac Album
Release date set for April 12, 2012 on the NEW book written by "Rumours" producer Ken Caillat with Steve Stiefel...

Got a question for Ken about the book?... Rumours?... or anything else... Ken will happily answer what he can on the Facebook site set up for the book launch.  Check it out and ask away... He's a cool guy!


Fleetwood Mac′s classic 1977 Rumours album topped the Billboard 200 for thirty–one weeks and won the Album of the Year Grammy. More recently, Rolling Stone named it the 25th greatest album of all time and the hit TV series Glee devoted an entire episode to songs from Rumours, introducing it to a new generation. Now, for the first time, Ken Caillat, the album′s co–producer, tells the full story of what really went into making Rumours—from the endless partying and relationship dramas to the creative struggles to write and record "You Make Lovin′ Fun", "Don′t Stop", "Go Your Own Way", "The Chain", and other timeless tracks.
Pre-order through Wiley  | AmazonUK  | AmazonUS
Nickslive at Saturday, January 14, 2012
Share