Fleetwood’s Restaurant and Pub on Front Street has leased over 10,000 sq ft of second floor and rooftop dining at the old Planet Hollywood Building, and also plans to offer retail liquor sales on the ground floor. According to Project Manager Jonathan Todd, the new ocean view eatery located across the street from the sea wall in Lahaina has received two liquor licenses: one for upstairs service and a separate permit for ground floor retail sales. He said the dining areas are expected to seat hundreds will eventually be open for lunch and dinner. He also anticipates that hundreds will be hired to staff the new establishment.

Fronting the new venture is long time celebrity musician Mick Fleetwood who has Maui homes upcountry and in Napili. 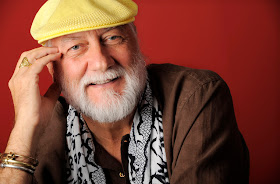 “Mick’s been here for a while and he gets the needs of Maui,” said Todd. He said the menu is still taking shape but in its final incarnation “will be approachable yet sophisticated. We want it to have family appeal.”

The project manager said that HJP Restaurant Advisors of Santa Barbara has been retained to coordinate the opening.

“They’ll be on site 24/7 until then and as long after we open as necessary.” Todd said that Fleetwood’s is currently seeking resumes from those qualified for general manager, chef and other senior level positions. “When top staff is in place they will be responsible for filling the other positions.”

Those interested in submitting resumes of any kind should follow the links posted on line at www.FleetwoodsOnFrontSt.com and www.Facebook.com/Fleetwoods. He indicated that “hiring preference will be given to Maui residents.”