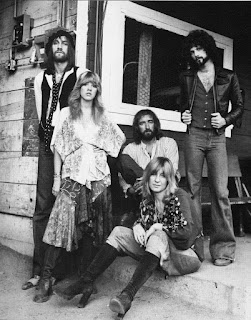 On this day, New Years Eve 1974/75 Mick Fleetwood asks Lindsey Buckingham and Stevie Nicks to join Fleetwood... and there changed their lives.. and ours!

Healthy, Happy wishes to everyone in Fleetwood Mac, past and present...


I was going to put together a "Highlights of 2011" post today similar to what I did last year on New Years Eve to sum up the year. Once I started to go through the over 1,400 posts on the site from 2011 I realized this WHOLE YEAR was basically a hi-light (with a few low-lights) and an absolute dream for Stevie Nicks and Lindsey Buckingham fans.  The spill over from 2010 when both new albums from Stevie and Lindsey were announced to be released in 2011 made this a year like no other.  Even Mick and John showed up in the mix of all things Stevie and Lindsey.

With new albums/DVD's coming out it seemed like everyday there was something exciting happening.  All the Dave Stewart tweets about the making of Stevie's album from 2010 carried on in 2011 giving us tidbits of info about videos & Documentary making - which made for some exciting following along, all the press Stevie and Lindsey did, radio interviews, the multiple TV appearances from both, the Glee episode and effect on Fleetwood Mac, Lindsey's Awards, new official videos from each, Lindsey's Live DVD Release - plus tours. First Stevie toured with Rod Stewart in the US and UK, then solo with Michael Grimm, Stevie's Birthday Bash show in L.A., Lindsey's tour all over the US and Canada and Stevie ending the year in Australia with Dave Stewart & Brian McFadden.  All this just made it a little overwhelming to consider such a post - I could go on for days.

If you were there for the ride this year, it's been fun. If you are just checking in I've compiled a list of links below for you to sift through if you like.  Of course 2011 wasn't a complete breeze, there were bumps along the way for both... but all in all, I think they both succeeded in delivering what many believe to be their finest albums to date, and some really exciting live shows and events!