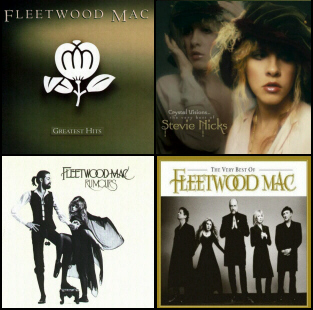 All albums plus The Dance on the Top DVD chart move down the charts significantly this week. Rumours plus The Greatest Hits albums both drop off the catalogue charts completely making way for a slew of Whitney Houston catalogue titles that re-enter the charts. 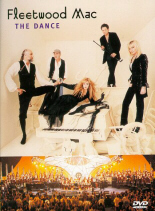 THE NETHERLANDS
For the week ending February 18, 2012

Two weeks worth of Top Catalogue chart info and sales data for the US beginning with the chart for the week ending February 5th.  Rumours drops to #128 from #93 the previous week.  Sales for the period were 2,026 for an accumulated total of 2,928,923 units sold in the US since November, 1991.  Greatest Hits drops out of the Top 200.

In terms of digital sales vs actually CD sales, Digital sales for Rumours for the week ending February 12th were 1,354 and for Greatest Hits they were 680.  Landslide drops off the Top 200 Digital Tracks listing this week - it was #141 last week.

ADELE'S HOT ON FLEETWOOD MAC'S HEELS
With "21" about to hit its 21st non-consecutive week at No. 1 on the US Billboard Top 200 album chart this coming week - with predicted sales in the 600-700k range (it's largest one week sales ever), Adele is hot on the heels of Fleetwood Mac's 31 week stint at No. 1 with Rumours.

Here are the albums with the most weeks at No. 1 in the nearly-56 year history of the Billboard 200 chart: (Weeks at No. 1, Title, Artist, Peak Year)