Stevie Nicks to play herself on NBC's "Up All Night" 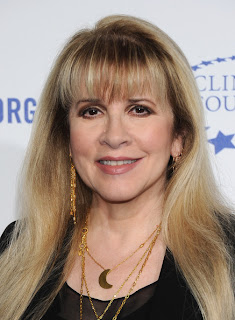 Music legend Stevie Nicks is coming to NBC’s comedy Up All Night.

The singer will play herself in a guest-star appearance on the show. In an episode airing later this season, Reagan (Christina Applegate) and Ava (Maya Rudolph) will need to woo Stevie to get her to be on Ava’s talk show. The Fleetwood Mac singer’s last TV guest-star appearance was on Fox’s The X Factor last year.

As part of NBC’s midseason comedy plan, Up All Night will stick around in its 9:30 p.m. Thursday night slot for all of its 24 episodes. After, Parks & Rec will return April 19.


Stevie on Up All Night: