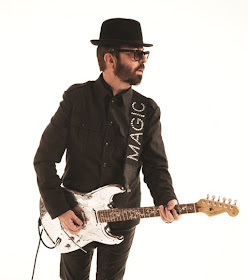 The deal with Cinedigm emerged after he showed the company documentaries he had made about his collaborations with Nicks and Stone.

Each segment will focus on the songwriting process, and will culminate in a performance showcasing new songs.

The films will be produced by Stewart's Weapons of Mass Entertainment, with each installment in the "Dave Stewart Presents ..." series featuring Stewart and a variety of musical guests -- although the rock star is remaining mum about who will be in the line-up.