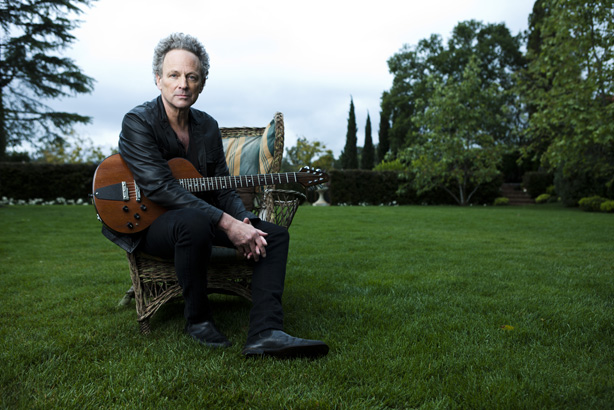 Lindsey Buckingham is gearing up for a new round of solo tour dates beginning May 3 in Solana Beach, California, and concluding Monday, May 21 in Spokane, Washington.  More shows throughout the U.S. will be announced in the coming weeks.

Buckingham’s one-man show will showcase his distinctive guitar picking style and instantly recognizable voice. In addition to performing songs from his recent album, Seeds We Sow, he’ll be performing a combination of favorites from his previous solo albums and a variety of Fleetwood Mac classics.

Regarding the new tour Buckingham says, “As I’ve grown as an artist, I’ve gotten more and more in touch with my center, and that center is voice and guitar. Over time it has become increasingly vital to express more with less; that is my touchstone now, and the embodiment of that philosophy is what will be largely represented in the new show. I’ve been thinking of doing this kind of tour for a while and am quite excited to be doing something new, something outside my comfort zone.”

Cities and dates for the new tour are as follows:

New additions to the list today include San Francisco, Portland and Bend,OR.  Portland tickets are on presale beginning tomorrow March 28th on Ticketmaster.