PRESS RELEASE: Stevie Nicks on Tour and on TV This Spring and Summer in Support of Current CD "In Your Dreams" 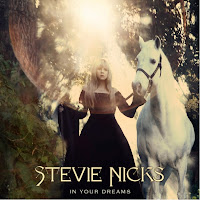 
Upcoming TV Appearances on "American Idol" March 28th on FOX; And the Hit Series "Up All Night" Airing March 29th on NBC.

NEW YORK, NY--(Marketwire - Mar 27, 2012) - Stevie Nicks whose first studio CD in ten years "In Your Dreams" was released to critical raves and debuted in the Top Ten on Billboard's Top 200 Chart is back on tour beginning June 29th at The Nikon @ Jones Beach Long Island, NY. This is the first of many dates to be announced. Nicks is also scheduled to join up with Rod Stewart for several shows beginning July 20th in Cleveland. The first confirmed dates are listed below.

Nicks fans are also in for a treat when she appears as a mentor on Season 11 of "American Idol" -- scheduled to air this Wednesday, March 28th. Stevie will join forces with Jimmy Iovine who has worked with Nicks throughout her career starting with producing her debut CD "Bella Donna" which sold over five million copies.

Nicks is also scheduled to appear as herself on "Up All Night" the hit NBC series airing this Thursday, March 29th.

As a solo artist and member of Fleetwood Mac whose "Rumours" CD was one of the biggest selling albums of all time, Nicks' extraordinary career includes multiple Grammy awards, gold and platinum records, induction into the Rock and Roll Hall of Fame and unforgettable performances across the stages of the world for over three decades. As a legendary performer and songwriter, Nicks has penned several Fleetwood Mac classics including the timeless "Landslide," "Dreams," "Gold Dust Woman" and "Rhiannon" along with her solo hits beginning with her five times platinum debut "Bella Donna" and unforgettable solo singles such as "Edge of Seventeen," "Leather and Lace" and "Stand Back." Her previous studio CD, the Grammy nominated "Trouble in Shangri-la" was released in 2001. Nicks' "Live in Chicago" DVD and "The Soundstage Sessions" CD were both released in 2009.